Even as we leave the commemorations of the 75th anniversary of the liberation of Auschwitz behind, there are still plenty of articles being published about the Holocaust, and here are a selection of recent pieces that caught Holocaust Reader’s eye.

The Fabulist of Auschwitz (The Monthly)

This long-read article was recommended to me by a guide at Auschwitz during my last visit, and it tackles the questions of accuracy and invention in the work of publishing phenomenon Heather Morris. Her book, The Tattooist of Auschwitz, sold millions but was quickly criticised for its historical inaccuracy. But as Christine Kenneally reports, the gulf between truth and fiction in Morris’s new novel, Cilka’s Journey, is even wider. As an aside, this 2018 article about fiction and the Holocaust, which Kenneally posted on her Twitter feed, is worth a look.

Ahead of the publication of her book House of Glass (coming in March), about the history of her Jewish family amid the tumult of mid-century Europe, Guardian writer Hadley Freeman tells the story of her grandmother, whom she observed from an emotional distance as a child. Freeman writes it beautifully and the book promises to be a fascinating journey into a complicated and distressing past.

News here that the Holocaust Educational Trust have written to Amazon after finding Nazi anti-Semitic books, including the infamous The Poisonous Mushroom, for sale on the site. Amazon has defended its right to sell material that some find offensive.

The Guardian’s Lucy Mangan has been watching Amazon Prime’s new series, which stars Al Pacino as a 70s Nazi hunter, and she’s unimpressed: “It’s too cool and self-conscious for its own good, and seems to revel in any and all deaths on screen, regardless of whether the victims are “guilty” or not.”

A late addition to the list, since Hunters has prompted outrage following its release, due to a scene in which concentration camp prisoners are forced to play a deadly game of human chess. The trouble is, though, that such a thing never happened, and the Auschwitz State Museum has led criticism of the programme makers and their decision to invent such a scene for the their show.

This review, of a film adapted from the book by Michael Morpurgo about Jewish children smuggled out of occupied France during WW2, is pretty representative of the response more broadly. Cath Clarke writes: “The film is gorgeous to look at, all alpine meadow flowers and glorious green mountains. But the drama loses momentum pretty early on.” 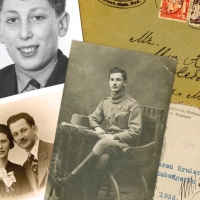 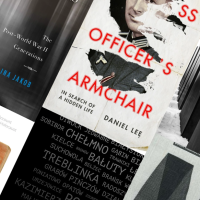