This is Reading List #15, a selection of recent Holocaust-related news stories and links from around the internet.

Preeminent Holocaust historian Yehuda Bauer has sharply criticised the Israeli government’s acceptance of Polish Holocaust distortion, arguing that a Polish government narrative about the events of WW2 was accepted in order to maintain political and economic ties between the two countries (Jewish News). Speaking to an online audience, Professor Bauer explained that Holocaust distortion, which is the attempt to simplify and divert responsibility for the mass murder of Jews during the Second World War, was on the rise in line with a global resurgence of nationalism. He was speaking in an event organised by the University College London Centre for Holocaust Education, which you can watch on YouTube.

A former concentration camp guard, on trial in Germany, has apologised for his involvement in the Holocaust (Times of Israel). Bruno Dey, aged 93, said “I would like to apologize to those who went through the hell of this madness, as well as to their relatives. Something like this must never happen again.” Dey is accused of complicity in the murder of more than 5000 people, due to his service as a tower guard at Stutthof Concentration Camp, situated near Gdansk in present-day Poland. He was aged 18 at the time. The verdict in his case is due soon.

Holocaust Educational Trust chief executive Karen Pollock writes at Politics Home about the chilling parallels between the Holocaust and the treatment of the Uighur community by the Chinese government. Recent footage of blindfolded men forced to kneel by soldiers has caused outrage around the world, but drew denials from the Chinese ambassador to the UK on a BBC new programme. Pollock writes: “We have spent the last 75 years examining how and why the Holocaust happened and whether there could have been a different outcome. We have considered our own roles and what we might have done in these circumstances – would we have taken risks, helped our fellow human beings or kept our heads down and turned a blind eye?”

The Jerusalem Post reviews a new memoir by Holocaust survivor, WW2 veteran and retired professor Guy Stern who, at 98, has published his own telling of his life’s story. Invisible Ink, published by Wayne State University Press, details his experiences as a child in Weimar and Nazi Germany, his emigration to the United States in 1937, his experience as an interrogator of enemy POWs during WW2, and his later life as a celebrated academic. The Holocaust Reader will be publishing further coverage of Professor Stern’s book later in the year.

NBC News examines the work of Hungarian Holocaust survivor and psychologist Ervin Staub, who has worked for decades to understand the role of bystanders in allowing atrocities to take place. Now, Staub, aged 82, is leading training in American police departments that encourages officers to prevent mistreatment of people in the custody when they see it occurring. Staub himself was able to escape persecution by the Nazis because of documents distributed by the famous Swedish diplomat Raoul Wallenberg, who helped thousands of Jews flee Hungary and who is believed to have died in Soviet custody after WW2. 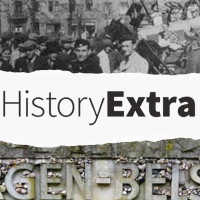