This is Reading List #16, a selection of recent Holocaust-related news stories and links from around the internet.

BBC News reports on the guilty verdict reached in the trial of 93-year-old former-SS member and concentration camp guard Bruno Dey. The defendant received a 2-year suspended sentence at the court in Hamburg, which had previously heard testimony from survivors of the Nazi concentration camp at Stutthof, situated in Nazi-occupied Poland, near modern-day Gdansk. Dey was tried by a juvenile court because he was 17 when his service as a tower guard at the camp began. He made headlines last week after he offered an apology for his part in the Nazi’s crimes, 75 years ago.

Filmmaker Ben Cohen writes about representing his grandmother in the court in Hanover during the Bruno Dey trial (Star Tribune). In a post written before the verdict was announced, he explains why it was important for him to be in court since his grandmother, Judy Meisel, was unable to make the journey from her home in the US. Meisel, now 93, survived internment at Stutthof concentration camp, while her mother was murdered there. Cohen writes: “I attended the trial on her behalf and in solidarity with all those who could not be there themselves. It’s a symbolic act, however, because nobody can take the place of the survivors or the victims when it comes to justice or forgiveness.” More information about Meisel’s life and survival is available at The Judy Project website.

Human rights lawyer Arsen Ostrovsky asks why there hasn’t been more international condemnation of the Chinese government’s repression of the Uighur minority population, in an opinion piece for Newsweek entitled “Xinjiang Shows We Haven’t Learnt a Thing from Auschwitz”. Ostrovsky details the measures the American actions and statements which have sought to exert pressure on the Chinese government to end its horrific treatment of Xinjiang province’s Muslim population, but asks why European countries have not followed suit. He contrasts this with the criticism that has come from across Europe for the Israeli government’s plan to annex the West Bank.

JTA brings news of the tragic murder of admired professor and Holocaust survivor Irina Shur, at her home in Moscow. Shur was 90. The motivation for her murder remains a mystery, though a 69-year-old woman is being held in connection with the case.

Conservation experts have discovered notes written inside shoes belonging to victims who perished at Auschwitz (Jerusalem Post). Preservation efforts at the Auschwitz-Birkenau State Museum in Poland uncovered names in some shoes, which helped the museum connect the objects to what is known about their owners. One shoe bore the name of Amos Steinberg, born in Prague in 1938, and who was deported to Theresienstadt and finally Auschwitz in 1944. The musuem is currently working to preserve many such objects, which at more than 75 years old are experiencing the effects of time. 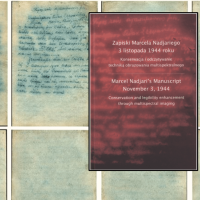 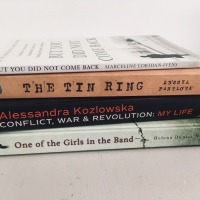 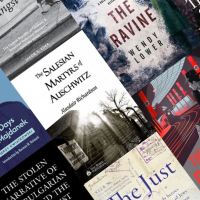 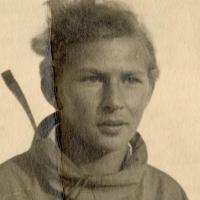