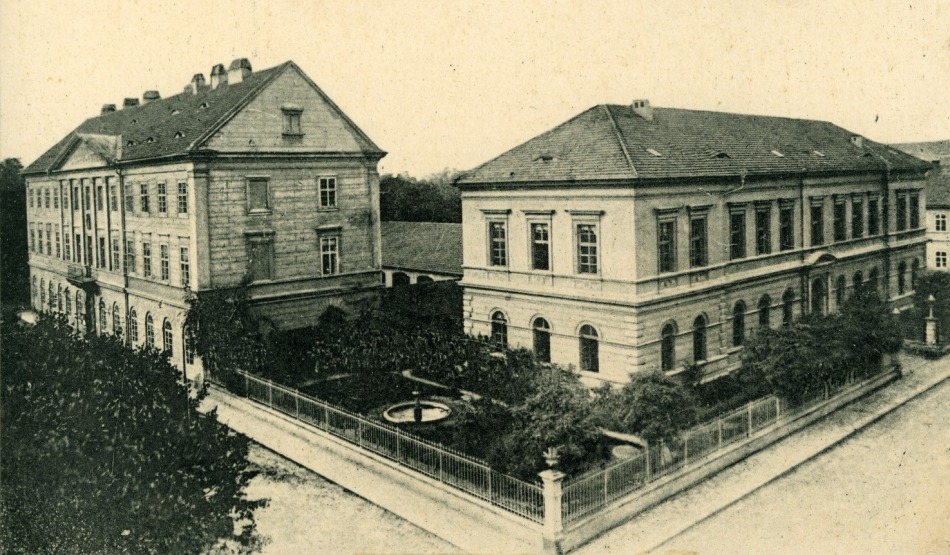 This is Reading List #22, a selection of recent Holocaust-related news stories and links from around the internet. You can help this site grow by sharing this article on social media.

BBC News reports on the dilapidated state of Terezin (Theresienstadt), the Czech garrison town which, during WW2, was the site of an infamous German concentration camp. Although a well-maintained memorial is visited by thousands each year, much of the complex of buildings associated with the genocidal treatment of Jews at the hands of the Nazis lies deserted and crumbling, and with little prospect of preservation.

The remains of Kindertransport survivor Bernard Grunberg have been laid to rest in the German town of Lingen, near a memorial to his family members who were murdered during the Holocaust (BBC News). Grunberg died in January 2021, aged 97. Though he lived most of his life in Britain, it was his wish that he be buried in the town from which he fled, in 1939. After the train taking him to eventual safety left his hometown, he was able to say a final goodbye to his father, who boarded the train briefly at the next stop. Grunberg never saw any of his immediate family again.

The Observer speaks to Dr Efraim Zuroff, the famed Nazi hunter who is still working to bring people suspected of involvement in Nazi war crimes to justice, even as they enter their late 90s. Zuroff is currently searching for a Lithuanian women accused of murdering babies during the Nazi occupation of the country. Though a lead on the location of the woman, now thought to be 97 years old, came to light recently, ongoing Covid restrictions make progress with this case slow. “She could die at any moment”, Zuroff tells the Observer. “It’s an occupational hazard.”

Literary scholar Dorian Stuber reflects of reading, teaching, and living with Holocaust literature in a blog post entitled Spindle, Scissors, Thread. Via the story of concentration camp survivor Gerda Weissmann-Klein, Stuber writes about Holocaust experience involving weaving, which in turn connects with the Homeric traditions of storytelling. He also comments on the emotional ups and downs of engaging with quite so many books about the Holocaust, which strikes a chord with my own thoughts on teaching and reading the subjects; the former always being an immensely satisfying experience, while the latter can leave one thinking “why exactly do I keep doing this?”

For The Guardian, Jonathan Freedland reviews the recently-unearthed novel The Passenger, written in the early 1940s by Ulrich Alexander Boschwitz, who had fled Nazi Germany in the late 1930s, only to be shuffled around various British and Australian internment camps for German “aliens” and then drowned aboard a torpedoed troop ship after being okayed by Allied administrators. Boschwitz’s novel concerns a man fleeing persecution after Kristallnacht, and is described by Freedland as “part John Buchan, part Franz Kafka and wholly riveting.”

Survivors and relatives of victims of the genocide perpetrated by the Khmer Rouge have expressed outrage at the work of Irish artist Matt Loughrey, who has unveiled a collection of colourised and in some cases altered images of victims of the regime (BBC News). The images, similar in some senses to those taken at Auschwitz by prisoner and photographer Wilhelm Brasse, were taken shortly before the murder of many of those shown, and in some cases, Loughrey has changed facial expressions, adding smiles in place of the original more serious ones. The Cambodian government reacted strongly against a story published by Vice News, demanding it be taken offline, which it subsequently was. Some of Loughrey’s alterations are still circulating on social media, however, where many users joined the chorus of condemnation of the artist’s actions.

The header image shows buildings in the town of Terezin, from a 1909 postcard. Image via Wikimedia.